What does it mean to be a survivor ?

Usually, 1915 marks the beginning of what is commonly known as the Armenian genocide: the prosecution and murder of some 1.5 million Armenians by the Ottomans.

Many fled in order to survive, and the event is said to underlie the continuous tensions between present day Armenia and Azerbaijan. The genocide left a deciding mark on Armenian identity. Recognition of the prosecution as genocide is high on the country’s agenda and an increasing number of nations acknowledge this status, while it remains contested according to others. In the 1990s, the two Caucasian countries regularly ended up fighting and the tensions continue today. However, to what extent mutual geopolitical claims relate to the genocide of more than a century ago is unclear.

Regardless of the semantics, the question surfaces what it means for a nation and its people to be determined by such a devastating event. What does it mean to survive, to be a survivor, while others lost their lives? Pierre-Yves Vandeweerd contemplates this in his film The Eternals, which has its première at the Visions du Réel documentary film festival. He turns to Kharabagh, a region in both Armenia and Azerbaijan, to explore the status, or rather the being, of people referred to as ‘The Eternals’: survivors who enter into a state of timelessness.

The film is divided into three parts. The first tells the story of Joseph, said to be the man Jesus made eternal and living in Armenia and Karabakh. The second part is called Karabakh, which literally means ‘black garden’. It takes us into the devastated countryside. The third is named ‘Tsnorq’ (the melancholy of eternity), a state common to survivors of the Armenian genocide. The threads that make up the narrative of the films are intertwined throughout these three parts.

The film also contains three visual story lines. Soldiers train and prepare for combat in trenches.  They illustrate the continuous struggle and hostilities. Old men, partly in camouflage outfits, represent survivors of combat – hence the eternals. And there are people running, young and old, chased by the camera. The eternal is symbolized by using circles as a leitmotiv: it returns in gestures and movements, sometimes performed apparently as a ritual, throughout the film.

The camera observes the old men in and around their houses, as they roam around the rugged wintery countryside, among ruined churches, houses, statues, all dilapidated witnesses to wars. It mostly stays close to them, studying their marked faces. One part of the soundtrack contains The Story of the Last Man. A voice-over cites from what is referred to in the credits as ‘confidences of an Armenian officer on the front line in Upper Karabakh’. Detailed accounts of the physical aspects of holding and using a gun, wounded soldiers and other observations make the experience of war almost tangible. In addition, the soundtrack contains a combat soundscape: helicopters, jets, cannons firing. And there are alienating sounds of a desolate landscape.

The Eternals tries to address not the immediate, physical and material consequences of war and loss, but long term mental consequences which affect whole generations. The film does not exactly convey it as a story either. Rather, it is a poetic narrative that contemplates the human experience of survival and what it means to have to live on when others are dead. The question what does war do to people is as contemporary today as it was in 1915. Vandeweerd’s perspective, focusing on a forgotten region where conflict has been part of daily life for far too long, is a welcome and much needed alternative to the usual reporting of sorrow and deprivation we see on TV every day. Neither does it turn combatants into heroes: there are only losers, eventually. 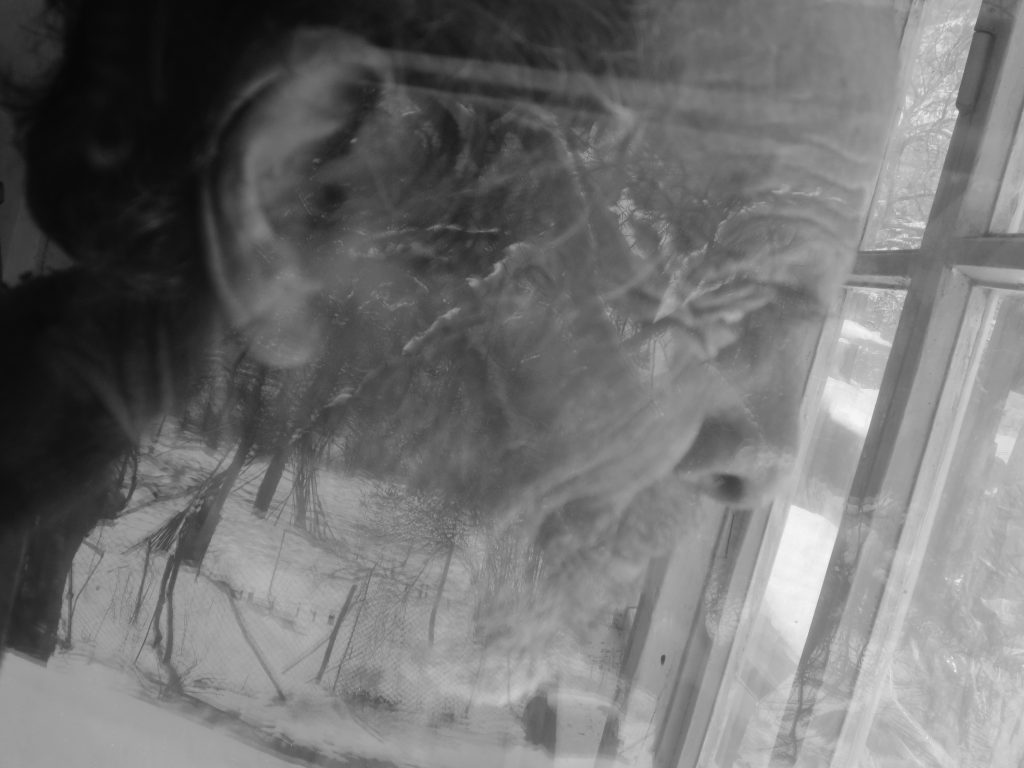